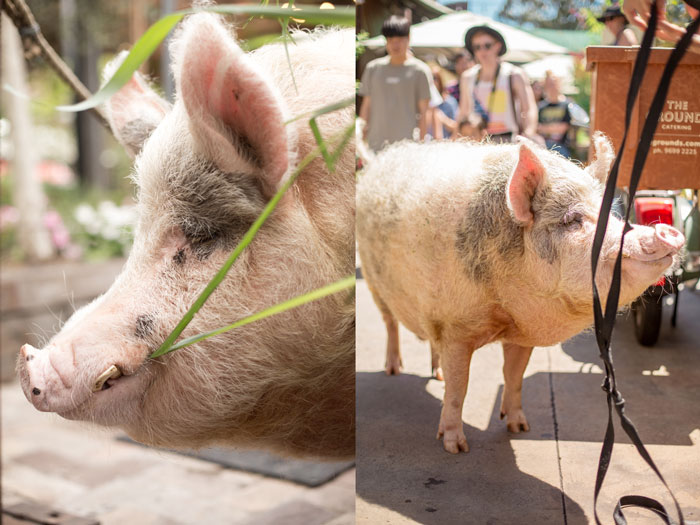 Published on 11th April 2017
written by The Grounds of Alexandria

As Easter fast approaches and The Grounds of Alexandria prepares for a weekend that can best be described as a chocolate lover’s paradise, pig-in-residence Kevin Bacon has revealed some exciting news. He has been selected as official backup to the Easter Bunny – and will be prepped and ready to step in should it be required.

In a press conference held this week, the Easter Bunny was confident that Kevin Bacon would be able to perform the duties should he be needed. These included hopping about carrying a basket of chocolate eggs, hiding those eggs (including a special gold egg) early on Saturday morning in The Garden for the great Easter Egg Hunt and helping to crack and distribute pieces of the mouth watering 2-metre-high chocolate egg on Sunday afternoon. 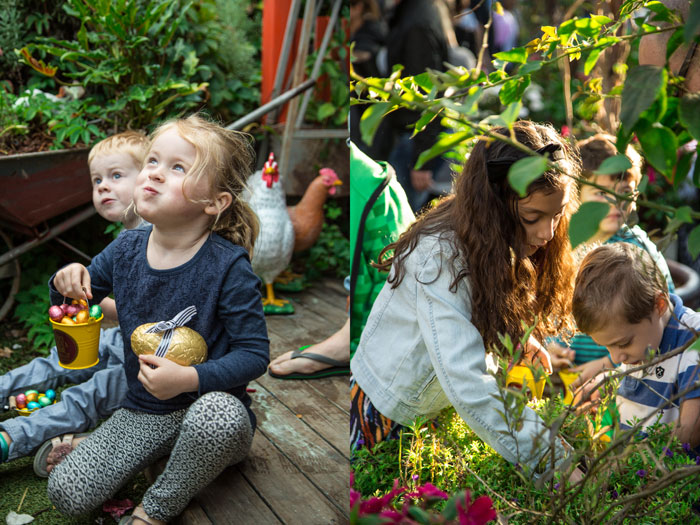 Speaking from his pig pen, and wishing to now be known simply as the Easter Piggy, Kevin Bacon addressed his skeptics by pointing out the similarities between him and the floppy-eared chocolate courier. Both have distinctive tails – even if one is fluffy and the other is curly. Also both have pink ears that stick up, although Kevin’s are perhaps a little shorter. Suffice to say that Kev feels more than up to the job and has hinted that in 2018 he looks to move beyond his role of 1st reserve and assume a more integral role in Easter festivities.

But it’s in the role of delighting children and grown ups throughout The Grounds where he feels most comfortable with his skills. In fact, Kevin already brings hundreds of smiles to the faces of big and little people every week – whether it’s from his barnyard home or while on one of his regular walks around The Grounds. Hopping could however prove difficult, with Bacon preferring to keep his substantial tummy close to the ground.

Kevin Bacon will be given a “your order is ready” buzzer to wear at all times this weekend. Should the Easter Bunny be unable to perform his duties at any stage, the buzzer will go off and Kevin will immediately step into the role to ensure a seamless transition of chocolate consumption. 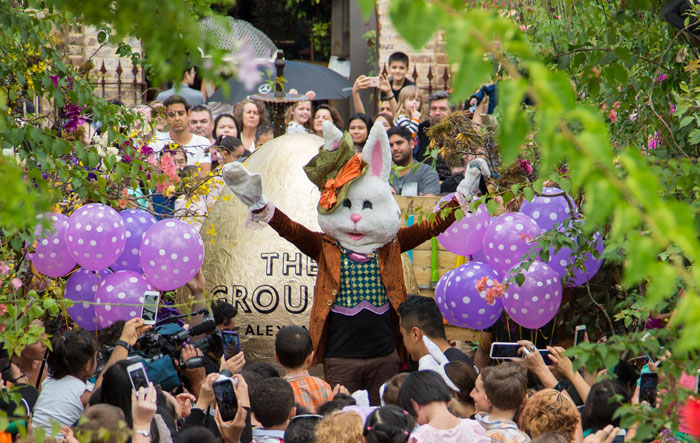 Speaking of which, there is one thing shaping up to be the biggest challenge to Kevin Bacon’s success as the Easter Piggy. No, it’s not how he’ll be able to grip a heavy basket with just his piggy trotters. Nor is it his general lethargy and lack of natural ‘bounce’. The biggest challenge will in fact be trying not to roll about in all the chocolate before he has a chance to give it out. And who can blame him? After all, who decided to make chocolate the same colour as mud!